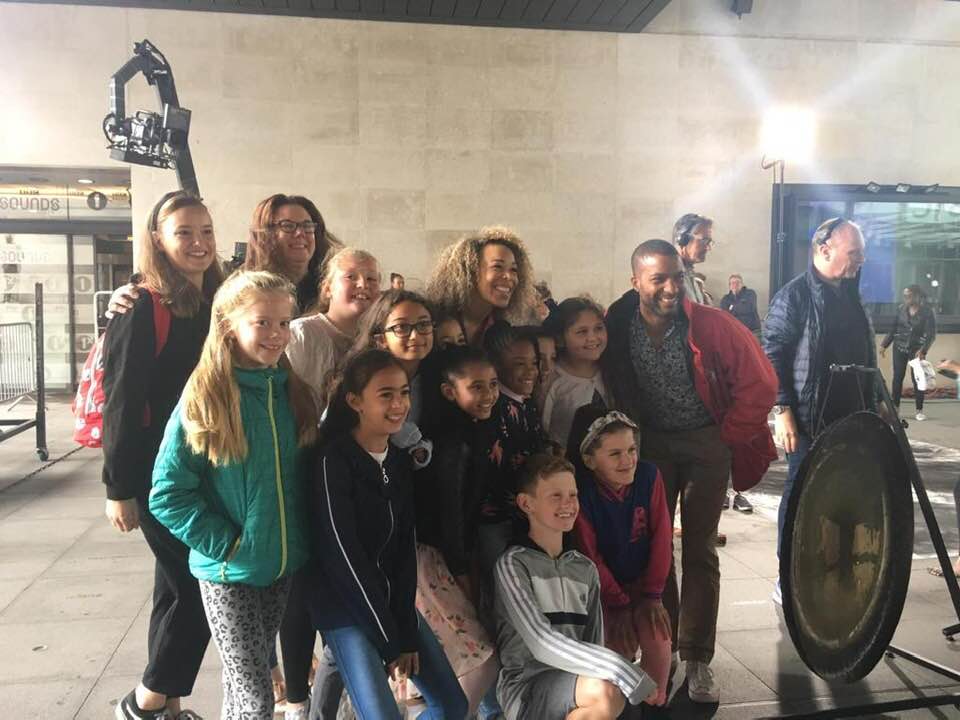 In July we were fortunate enough to be asked to appear on ‘Sunday Morning Live’ on BBC1 to deliver one of our Anti Bullying workshops live on TV. This Thursday we thought we would take a trip down memory lane as it was such a fantastic experience for everybody involved and we wanted to share the amazing opportunity.

Faye (Our lead facilitator) was first contacted by the producers of ‘Sunday Morning Live’ just 4 days before it was broadcasted. The segment of the show focused on whether ‘There is a crisis of Childhood. The charity ‘Action for Children’ conducted a survey in July stating that ‘All three generations agreed bullying is the biggest problem preventing a good childhood, as children deal with it online as well as inside and outside of school’. Sunday Morning Live wanted to portray how organisations are significantly helping in making a difference on young children’s lives through delivering Anti Bullying workshops in school.
In order to demonstrate one of our KS2 workshops live on television we chose some of students from our sister company Spotlights Theatre School to take part in the role play. We chose to demonstrate the ‘Stop and Think- Words Can Hurt’ workshop. This mainly focuses on verbal bullying, helping children to recognise the difference between banter and language that makes people feel hurt and threatened.

With an early start we travelled to the studios to rehearse our segment on set. We met one of the presenters Ria Hebden and began to rehearse with her. We felt honoured to be the only Anti Bullying organisation to be invited by the BBC. Our aim was to show the audience of the program that the tools we used within our workshops are fun yet effective through the medium of role play. The children were asked to act out a couple of different scenes portraying bullying in the classroom by verbal abuse. This role play exercise also helped children learn about the imbalance of power that can occur and how words can cause a lot of upset and distress.

Overall the experience was a lot of fun but most importantly it was very valuable in portraying the need for Anti Bullying workshops and how we believe that to tackle bullying effectively ‘everyone has a part to play’.

If your interested in booking our Anti Bullying workshops call 08001601991 or email us at info@antibullyingworkshop.co.uk

(We do not share your data with anybody, and only use it for its intended purpose)